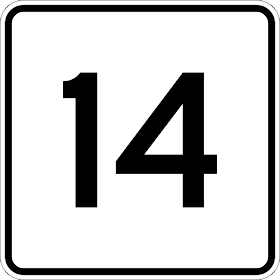 Another round in the books and we now have winner number eleven.  A job well done to both WRiTER's, but Avery Normandy will move on to the playoff’s!  His/her opponent, Dragons R Us, will have his/her piece returned to the pool for a chance at re-selection for a future bout, and as always writers who have battled once are welcome to submit a different piece if they so wish. You can check my WRiTE CLUB 2012 results page for a breakdown of all the winners along with links to all of the writing samples.

I’ve been having problems with my blog feed not updating Google reader and all of the other readers out there, and I’m working on getting that resolved.  Supposedly it is updating now, but for some of you it appears as garbled text.  Sorry. Another symptom of growing pains…thanks to WRiTE CLUB.

Standing in the far corner, weighing in at 494 words, please welcome to the ring……..Mara Jade.

It was dark.  Not the soft, clear blackness that’s ushered on by the night, but the kind that’s cold and suffocating.  The kind that accompanies death.

He moved silently through the tar-like medium. The air was thick, and humid, clinging to his skin.  Peering through the jungle foliage, Raevan glimpsed a grassy space outside the sturdy, brick building.  It was completely empty.

It was the one thing that worried him.

According to his research, the man he was looking for should be here.  If he wasn’t… damn it.  If he wasn’t, Raevan would have to start all over.  He’d been waiting for over an hour for him to come out of safety.  If worse came to worse, he’d have to go inside and-

Raevan’s pulse spiked at the sight of him.  He was dressed completely in black, like Raevan. But his clothes were fancier. More official.  He was turned away from him so Raevan took his chance. Taking a deep breath, he circled around the area and followed a gravel path up to the house.

There was no moon in the sky.

Raevan touched the familiar object in his jacket as he approached the man, then reminded himself that he wasn’t a bad person. Just a simple man doing his best to earn a living.  A man who loved his children and his girlfriend.  He’d do anything for them, to keep them alive and hidden.  Untouched by the Kingdom.

Even if it meant… well… this.

“Hello,” said the man, obviously surprised at Raevan’s appearance in the middle of the night.

Raevan was only a meter away when he stopped. “Hello.”  Raevan nodded to him.

“Quite a night to be outside,” said the man, glancing at the sky.

He sighed.  It wasn’t talking that was so bad. Talking, he could handle.  But it was what came next he didn’t like.  That was the hard part.  And it made his blood cold.  Going from conversation, to confirmation, to… well, he preferred to leave it unnamed.

“Who are you?” Raevan asked, not bothering to answer the man’s last question.

The man raised an eyebrow and looked around, astonished.  “It’s funny you ask me while standing outside my house.”

“My question remains the same,” Raevan continued, disinterested.  “Who are you?”

The man smiled sadly.  “I’m afraid you already know, don’t you, hunter?  Did they send you after me?”

“That doesn’t matter.  Are you Prince Adelryn of Marcina, or not?”

Without hesitation, Raevan snatched the knife from his jacket and swept it across Adelryn’s throat.  Blood trickled down his neck as he stumbled backward and finally fell into the grass.

He glanced at the knife.  He wiped it off in the grass then sheathed it in his jacket.

“Traitor,” Raevan spat at his kill.

And in the other corner, weighing in at 499 words, let me introduce to you ……..Not Loretta Lynn.

I credit the best lessons in writing to a guy who never wrote anything more than a to-do list.

My grandpa was a coal miner during the days when mules were considered equipment and might have been of greater value to the company than the humans wielding the picks and shovels in their underground graves. By the time he was seventy, his thumbs were permanently black from being crushed again and again and his lungs were filled with coal dust and cancer.

My grandpa was old school. He didn’t complicate things with overly deep thoughts. There was right and wrong. Good and bad. Smart and stupid. And he was more than willing to offer direction to his bloodline.

Lesson 1: Grandpa always kept his meadows free of thistles by digging them up. He could have sprayed the whole field with Weed-B-Gone, but he liked to keep the wildflowers. They were pretty.

Writing Lesson Learned? Take the time to go over a manuscript page by page; word by word. Running spell check and grammar check won’t cut it. Use the easy fix and you might lose what’s pretty.

Lesson 3: Some young men with a little red wagon stopped by my grandparents’ farm and asked my grandma to save aluminum cans for them. My grandpa heard their plea and offered them the same deal he gave my brothers and me. We were their digging thistles for $2.00 an hour plus a good meal. They said “no…that’s work”. Grandpa said fine; then told Grandma not to give them a single can.

Writing Lesson Learned? Hard work and sweat is a good thing. And in writing, working for next to nothing, or even for free, is just what you do to move yourself forward.

Lesson 4: Wash up and get to dinner on time. Grandma worked hard to provide a meal, show appreciation.

Writing Lesson Learned? Say thanks. Even if you don’t consider the help ( for example a beta, a blogger, a reader, etc.) people give you as monumental, they still took the time to help you and you should offer up gratitude.

Lesson 5: Don’t sit in Grandpa’s chair. He earned that spot. His sweat bought the land that holds the house where he sat as the king at the head of the table. Writing Lesson Learned? That editor or agent who passes on your work with a form letter? They earned that right with their hard work. They own that chair…get over it.

For you newcomers out there...if you wish to vote you first must sign up on the Linky List you’ll find at the end of the link provided on the badge below.  Please remind your friends to make a selection as well.  The voting will remain open until noon Thursday.

Remember, here in WRiTE CLUB, it’s not about the last man/woman standing, it’s about who knocks the audience out! 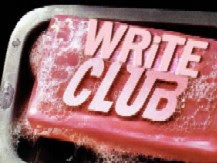