I’m going to take a slightly different approach to my end of the year wrap up this time. I’ve decided to include my post from last year – with updates (in red) with what actually happened. I’m doing this in an effort to hold myself accountable to my goals.  Then I’ll tell you my plans (in blue) for 2016. Here goes. 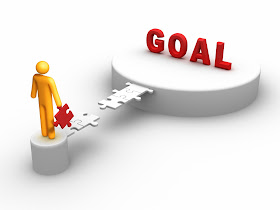 Let’s face it, most of us don’t sit down and dream up these wild pledges to ourselves at the first of the year.  Instead, they get re-cycled from year to year or from points within the year.  At least that’s the way it is for me.  Changes I contemplate are either on-going struggles or transformations I’ve temporarily abandoned or neglected.  Shrink my body (Lose weight . . . eat healthier . . . exercise more) I lost 50 pounds in 2015. Of course some of it found its way back during the holidays, but I’m still much better off than I was in 2014. The plan is to lose those holiday pounds early next year and continue my healthy trend.  Expand my brain (read more . . . write more . . . take a class) I read 30 novels last year in both the YA and Adult categories, and wrote a new one (my fourth) myself. I continued to work with my critique group, which continues to offer its own share of successes. I plan on reading the same number of books again next year, which will include at least one to improve my craft, and inviting new blood into the critique group to foster more creative thinking.  Invigorate my being (be a better person . . . come out of my shell . . . strive to become more involved). I finally decided to stop fighting my nature (the shy introvert) and accept who I am…and more importantly…be comfortable with it.  If and when I do sell a book, the challenge will be to adapt to whatever I’m called upon to do in support of it. Goals are a necessary tool for change, and just because we don’t achieve them as often as we’d like is no reason to abandon them…or stop creating them.

I have seen my fair share of obstacles, but I’m resolute in the belief that 2015 will see one of my novels published (nope), or represented by an agent (YES!), one or the other.  I now have years of writing under my belt…multiple books and short stories in my repertoire…and I’m part of a wonderful CP group. My confidence is higher than ever. Now that I have an agent, my new goal is to see one of my books published.

And I’m going to continue to grow this blog. Can’t say that the blog grew any in 2015. I posted 109 times, which included participating in A-Z Challenge, WRiTE CLUB, and the Déjà vu Blogfest, but traffic was down considerably. I’ve taken a different tact here. The only way I can GROW the blog is to visit and contribute on other blogs – and I’ve realized I cannot do that and write as much as I need to at the same time. So instead of trying to expand my blog visibility, I’m simply attempting to remain relevant and not become an afterthought.  How do I do that?  Not by pulling in followers by offering contests or give-a-ways (although I’m not saying I’ll totally against that), but rather by being entertaining and having interesting things to say.  There are hundreds of aspiring author blogs out here, all documenting their own quest for publication, and if I can’t stand out amongst them then what hope can I have of achieving my own dream?

20156 starts Friday…but it is not the beginning.