Reflections - One Year Being Published 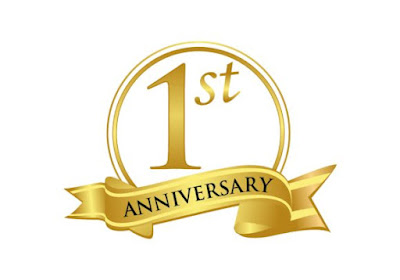 It was one year today that my debut novel — KNIGHT RISE — was released into the world, the result of a decade-old dream. A little over nine months later I followed that up with its sequel — FALLEN KNIGHT. A lot has transpired over the course of the past 365 days, some good, some not so much, but I thought it would be appropriate to document how things are going, my own state of the union, so to speak.

To be candid, things haven’t gone the way I hoped. Despite all my backbreaking efforts and those of my publisher (Wild Lark Books), my books failed to gain any traction in the marketplace. Total book sales have been less than 500 units (for both books and all formats combined) and during the past couple of months, sales have become downright stagnant. My monetary take-home was less than $1000. On the encouraging side — and the thing that is most frustrating — is the reviews and ratings for the books have been overwhelmingly positive, and KNIGHT RISE was even a finalist for the Page Turner Awards.

My venture into publication (long sought after) was never about the money – although I did set a goal of earning enough to cover my expenses. Unfortunately, that hasn’t happened. As a result, the time has come for me to make some hard choices. My vision of introducing readers to a group of middle-aged friends who are teamed with a feisty female private investigator (as one reader put it – The Goonies for adults) must take a back seat and placed on indefinite hold. I won’t say it is over because anything can happen in the publishing world, and I will never say NEVER, but for now, I have no further plans for more entries in this series. It’s such a shame because I had some creative ideas for where these stories might go. Oh well. I will continue to promote these books in the most cost-effective ways possible, and who knows, maybe someday they’ll find their niche.

That doesn’t mean my publication efforts are finished. Not even close. My literary agent (Tina P. Schwartz of The Purcell Agency) and her associates represent three of my YA novels and are presently submitting them to various publishers. I still have irons in the fire and possibilities to aspire to!

What have I learned over this past year? Maybe a better question is would I have done anything differently? The short answer is NO. I still believe in Wild Lark Books and its concept, and I’m proud to have my books associated with them. What I discovered is just how hard it is to achieve exposure when you’re a newbie author with limited resources (and time) — regardless of the quality of your product. Yes, there are exceptions that come along which are celebrated (rightly so), but they are truly that, exceptions.

Despite this disappointing setback, I’m looking forward to the upcoming year with buoyant optimism. Hopefully, for my next annual update, I’ll be reflecting on more positive achievements.